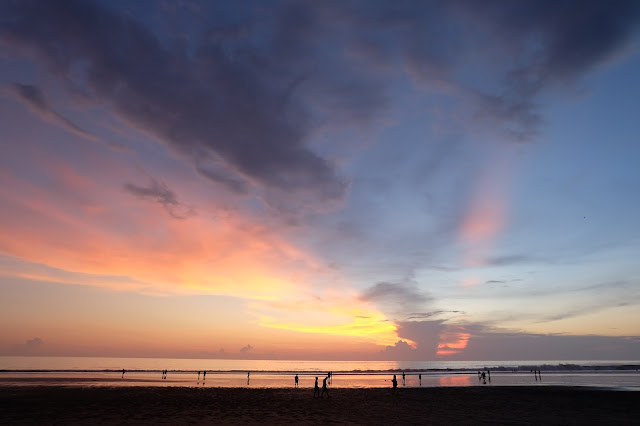 It should be another ordinary vacation day in Bali for me, but something in the air says something else. From the mesmerizing sunset to the colourful twilight sky that I just witnessed on the beach, I know there should be something special about the day. But my whole day already went on like any regular day... until it was dinner time.

"Excuse me," a man softly touches the back of my lower left arm. I glance at him with a plate full of the dish I picked from the food counter on my left hand. My right hand is grabbing the utensils from a smaller counter. I stare at him for two seconds, waiting for the reason of why he provoked me.

"Deidre," he looks relieved when I look back. But it's not my name he just called. I stare at him for a longer bit. There is something in his eyes that sends me a shiver. A strange warm sensation that makes me shiver.

"I'm sorry, wrong person," I smile, both to cover the awkwardness and to get rid of the strange vibration that I'm feeling. I walk away from him, heading to an empty table that I've aimed before he interrupted me.

"I'm sorry. It's just that you look so much like her..." he insists, catching up with my pace. I turn around, trying to be polite.

"Oh. I'm sorry about that," I respond spontaneously.

"Don't worry. It was a long time ago," he shakes his head and makes an expression that I shouldn't feel sorry about it. "Anyway, can I sit with you?"

This is a first time a stranger would ask to sit with me. I pause for a while to think of the consequences, but my head nods much quickly than my brain could even process the thought. He follows me to my target seat.

"It's so nice to see you again... um, I mean, it's nice to see you," he starts. I smile at him, not knowing what to say. It is nice to see him, to have him sit with me and stuff, but to tell him all about this is way too early. I guess.

"Aren't you eating?" I ask instead. I spoon a bit of my quinoa and stir-fried spinach into my mouth.

"Yeah," he responds, glancing at the food counter that is full with a bunch of people queuing. "After the group's done."

For the next ten minutes we are involved in a delightful conversation. He excuses himself to grab food from the counter and when he comes back we talk briefly about our backgrounds, origin countries, interests and hobbies, which then leads to our life principles and dreams. I feel like I've known this person for a long time, but clearly I haven't met him before few moments ago.

"I'd really like to marry you," he finally said, as if he has been holding the words from coming out of his mouth for the past hour, after we finished our meals and just ordered a second round of drinks.

"That's a very odd thing to say at a first meeting," I try to neutralize the situation.

"I've said it every time I met you before," now his words make me confused. "And it had always been working."

"Every single time?" I provoke him, getting along with whatever his game is about.

"Well, no. Not all the time. The last time was 200 years ago, and I've lost you three times in the following incarnations," he says that with bright hazelnut eyes, looking deep into my soul. Maybe he knows I'm scared now. Maybe he can sense my insecurity. I feel his stare becomes more intense, as if he is looking for something inside of my heart.

"You.. lost me three times?" I repeat, trying to understand but still playing his game.

"Yes. I didn't look for you fast enough that I had to see you marry other men. Now looking at your bare fingers, I take it that I'm not late now."

I look at my empty ring finger. There isn't any hint of a ring ever stay long enough to make a mark there. I pull my hands to my lap, under the table, and make my right hand covering the left one.

"But you are," I whisper slowly. He doesn't seem to hear that.

"It's really hurt to lose you and have to wait for another incarnation to find you again," he says this as if he is saying the truth. As if his game is real.

"And for so many times before. We've been together in every of your lives since the very beginning until I failed three lives ago," he says this with an affection in both his words and eyes which makes me feel so calm. "But the punishment days are over. We can be together again now."

"And why should we be punished?" I still don't get what conversation I am in.

"Another woman appeared and I made a mistake. A highly costed mistake that I have to pay off for nearly 200 years now," his gaze ponders. On his eyes I see pain, love, and yearn mix altogether. How strange it is that all I want to do is to hold him tight, calm his nerves and tell him that I'm here now and everything's gonna be alright. But I hold the feeling and try to divert the urge.

"And you didn't marry anyone else in the past 200 years?"

"I did when I knew I lost you the first time. And it just costed me another lives to bear without you. That's why I've been single for the past 120 years," he answered. I feel like I'm talking to an Edward Cullen. Or Connor MacLeod character in Highlander played by Christopher Lambert. What is he? "It's just different if not with you."

"Why should I trust you?" I really don't know what to think now. His words are all every woman wants to hear about. And I feel the peacefulness I haven't feel all my life, until now.

"I do believe you," I told him truthfully. Then slowly and unwillingly I continued, "But I just got married and this is my honeymoon I'm having in Bali. My newlywed husband is now in the jewelry store, fixing the diamond that fell off from my wedding ring. I am sorry."

"A complicated situation," he smiles as he says this.

"What happens now?" I ask, fearful of hearing the answer.

"I'll wait until your next incarnation."

"No other way to fix this?"

"Dear, I've tried so many ways before and each mistake just brought me farther from you. Apparently the punishment is not over yet. We have to pay this off. From my experience, forcing anything won't do any good. We have to accept this and let the Universe work in its own way. If we're not meant to be together in this life, we wait for the next one. Don't you worry now. It's still not our time. But it will be, soon. The first time I found you married to someone else, you've had two kids already. Now I found you just newlywed. So our next meeting will be before any wedding."

I look at him, bizarrely hurt yet consoled at the same time.

"Until our next meeting," he says as he kisses the back of my right hand. I repeat his words in a whisper.

"By the way, your dinner is on me," he smiles at me, blinks an eye and turns back to disappear among the crowding customers around the food counter.

I am not sure what to feel now. It feels like losing a big lottery that I just won for only five minutes. A brief moment of possessing something so valuable that makes the loss feels even heavier. It feels like falling off a ride that had just started. A fleeting excitement that ends with a painful landing on the solid, rocky earth. And what scares me the most is, how to face my newlywed husband--a person whom I'm married to for the next coming years but had never makes me feel anything close to the feeling I got with the person whom I just had dinner with; the person I might never see again in this life, whose name I don't even know--whose identity I'm not certain of. If this life is a punishment for our love as he said, then I guess I can't wait until my next life.

Popular posts from this blog

Poem For My Bride Sister 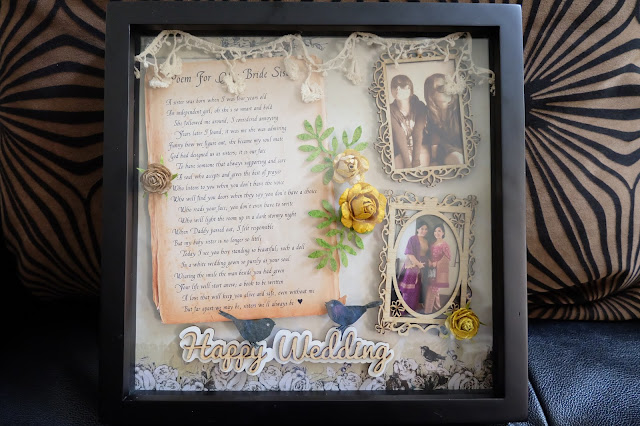 A sister was born when I was four years old   An independent girl, oh she's smart and bold She followed me around, I considered annoying   Years later I found, it was me she was admiring Funny how we figure out, she became my soul mate God had designed us as sisters; it is out fate To have someone that always supporting a nd care   A soul who accepts and gives the best of prayer Who listens when you don't have the voice Who will find you doors when they say you don't have a choice Who reads your face; you don't even have to write   Who will light the room up in a dark stormy night   When Daddy passed away, I felt respons ible   But my baby sister is no longer so little   Today I see you here standing so beautiful; such a doll   In a white wedding gown so purely as your soul   Wearing the smile the man beside you have given Your life will start anew; a book to be written A love that will keep you alive and safe, even without me But fa
Read more 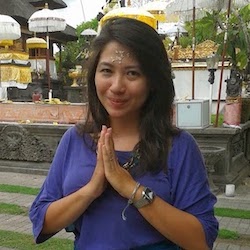